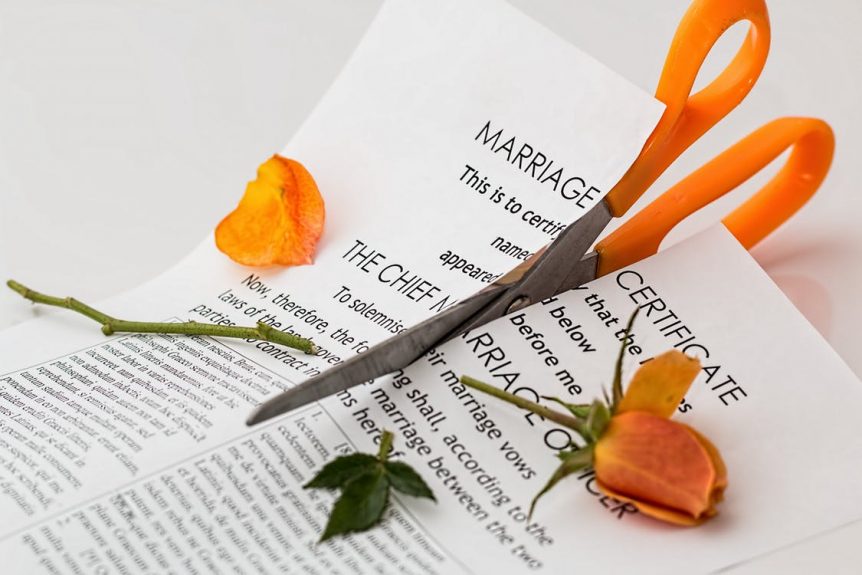 When we marry we marry for better or for worse but “worse” in our mind looks like the big things, not something as seemingly innocuous as clutter and disorganization. Well it turns out clutter can play a major role in the happiness of relationships including marriage. The Wall Street Journal , Consumer Reports, UCLA, Huffington Post, Psychologists, Authors and Surveys all warn us.

According to Christina Hopkinson, Author of A Pile of Stuff at the Bottom of the Stairs, The average couple has 32 arguments over clutter the first year of their cohabitation. According to a survey in Consumer Reports Magazine, Over 40% of couples fight about messes. Keys and Bills are the two things that drive most people crazy when out of place. Some Psychologists suggest that we use stuff in our shared space to mark territory much like animals marking but with trinkets instead of urine. When the shared space is small, the territorial marking can lead to anger and resentment of your partner.

When bills don’t get paid the financial trouble can escalate. Not being able to find the bills you have, the inability to track when they are due and the endless blame that goes along when these small things mean a ding on a credit report or worse a denial of credit can wreak havoc on a marriage. The fear of not being able to afford to replace an item can also cause us to hold onto things we might otherwise clear out of our lives. As late fees and collection notices increase there is even more to clean out.

A book titled Life at Home in the 21st Century: 32 Families Open Their Doors explores contemporary material culture inside American homes. Based on a four year, ethnoarchaeological CELF study conducted in 2001-2005, that studied 30 busy families in the greater Los Angeles region. participants’ levels of diurnal cortisol, a measure of stress, through saliva provided by the families showed the more stuff – the more stress. How do most people react to others when they are stressed? Are they at their most loving ?

Clutter Clouds Your Mind and Saps Your Energy

In Paul Graham’s essay about having too much stuff (via Unclutterer) he says:

And unless you’re extremely organized, a house full of stuff can be very depressing. A cluttered room saps one’s spirits. … I think humans constantly scan their environment to build a mental model of what’s around them. And the harder a scene is to parse, the less energy you have left for conscious thoughts. A cluttered room is literally exhausting.

Clouded Minds and low energy do not lead to happy relationships!

Clutter can mean less socializing with others.

According to Psychology Today, building good friendships is the key to successful marriage. Friendship within the relationship and shared friendships with others are both important. Having a home that you do not feel comfortable inviting others to can mean developing less friendships. Having your partner be your only friend can add stress to your relationship and stifle your individuality according to Huffington Post author, Tracy Buchanon. Having a home you love to come back to and invite others to can allow those spur of the moment gatherings that make life more light hearted.

Clutter can make it seem like stuff is more important than the relationship.

When sentimental value is invoked on a large number of items it can seem that your partner is happier in their past relationships and/or missing something from their current relationship. Insecurity and blame can work their way into the relationship without a clear understanding of the role that sentimental things play in our lives.

Clutter and it’s role in your marriage can be managed

Choosing to have open communication about the things in your life and spaces, leaving room in your lives and spaces for friendships, and compromising on space allocation and organizing styles can keep the stress, arguments, blame, and shame to a minimum. This can leave space for a wonderful relationship to bloom.